With the hype of battle royal games on mobile platforms, call of duty too couldn’t stay behind. It was only a matter of time when its mobile version, Call of Duty Mobile, is to be released. Now, the game has been soon to be released for mobile platforms which will be free to play. We would be able to download it from the Google Play Store after its release.

Now the beta version of Call of Duty has been released in a few countries (India and Australia) for testing purpose so, some of you couldn’t play this Call of Duty (Beta Version) now. You have to wait until the official released of this awesome game globally. We can play this game in the first-person perspective (FPP) only.

The minimum requirement will be at least Snapdragon 625, Adreno 506 and 3 GB of RAM. The game can run in the average setting at 30 FPS in this configuration. For best results, greater specifications are to be needed.

The minimum requirement will be an iPhone 6. The game will run with graphics at least and below 30 FPS in this device. For best results (60fps), the higher the better.

In a standard call of duty, there is a huge amount of variation in the type of guns and the modifications. These modifications of the guns in CoD desktop mode has raised the stake for the developers of the mobile version.

There will be guns that activate on a timer and can only be used once or twice. These guns are mainly flame thrower or a minigun which can be laid down as cover fire.

After reading up to here in this article, I think you would definitely want to try out the game. The game is in beta version right now and is yet to be released globally. It means that only people of the selected region (Australia and India) can play the game right now.

But don’t worry, I’ve got you covered here. I’m gonna give you the tricks by which you can download the game and play easily. You just have to follow these easy steps.

NOTE: This game is only a beta version so you can experience different problems in this game. So, don’t expect more in this beta version and enjoy the game. 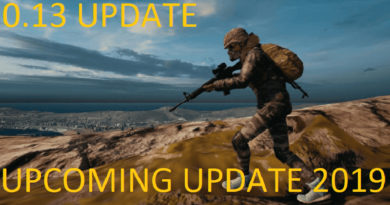